of an old lone tree

On a full moon night.

At the crack of dawn, far across the river, Ahiya can sense the microphone turning on in a mosque near her village. Within seconds the Azaan will start, the early morning call to prayer.

She lightly rubs her eyes and leaps out of bed. It’s Eid today!

Ahiya goes out of her bedroom cheerfully, half expecting to see her parents in the living area. She gives herself a low-spirited smile when she finds no one in the house. It was her decision to move to a new country, not theirs.

She has set up a cozy home for herself in a faraway Western land. All her life, she was told to educate herself and be successful. Success was to move to a first world country to fulfill your dreams. This was considered to be the ultimate achievement in life. People who get a job and move to the West were revered by families in her home town.

Ahiya shakes her head and dismisses away the thoughts. Today the distance will not come in her way of celebrating one of her most favorite festivals. Eid is the day on which loved ones come together to pray and embrace each other. It is the day of charity, of being grateful, and of forgiveness. Also of course, it is the day of feasting on exquisite, delicious food.

Enthusiastically, Ahiya starts prepping for the day while eating her morning oatmeal. She glides through the kitchen, gathering all the ingredients that she will need for today’s elaborate feast. She turns on the radio, listens to songs and starts chopping vegetables recalling the pleasant childhood memories.

There is always incessant chatter and sound of music in the air during Eid in her hometown. Kids run around the house, grandparents talk loudly on the phones wishing relatives, ma is always busy in the kitchen preparing multiple dishes, and baba does all the other house chores while also entertaining and taking care of the children. In the background, the tape recorder fills the air with music from Sabri Brothers and Nusrat Fateh Ali Khan.

Ahiya’s fond memory of this day is peeling off mehendi from her palms. The first thing to do on every morning of Eid. A curiosity to find out how dark the color of the mehendi on her palm has turned out to be. Once all the mehendi flakes were off, she rubbed coconut oil on her palms and went up running to her amma and baba to show them her orange-colored palms. More than the color she enjoyed watching their faces light up with pride and joy.

Back in the kitchen, Ahiya hums along with the songs on the radio and marinates the chicken, roasts dry fruits in ghee for the dessert, and grinds spices in a mortal pestle. The rising aromas in the kitchen leave her grinning from ear to ear. Light on her feet, Ahiya is focused on getting all the flavours right.

After spending hours in the kitchen, Ahiya finally steps out feeling like a conqueror and rushes for a quick shower. She offers her Eid ki namaz, filled with gratitude and thanks the Lord for all His blessings.

It is time to set up the dining table with the lavish food, Chicken Dum Biryani, Kheema Kababs, Harira, Sheer Khurma, and Phirni. Ahiya dresses up in a traditional lehenga and kurti and sits down on the dining table to video call her parents.

“Eid Mubarak!” she says and beams happily upon seeing their loving, smiling faces. Excitedly she narrates the stories of her day and patiently listens to theirs. An hour long conversation and greetings leave Ahiya content.

Gazing absently outside the window.

How wonderful it would be,

To discuss about music, movies, and bumblebees,

Along with lots of pots of tea.

My rolling, boiling pot of tea.

A few more minutes of brewing

Give me the flavour that I so desperately need.

A few more minutes of brewing

Will leave behind lingering aromas

That are rich, earthy, and invigorating.

Is just what I need.

The wooden boat glided silently across the serene lake, passing through the misty air.

Floating plants drifted gently to the side making way for the boat to pass.

He hummed softly in the boat so as not to disturb the quietness in the air. 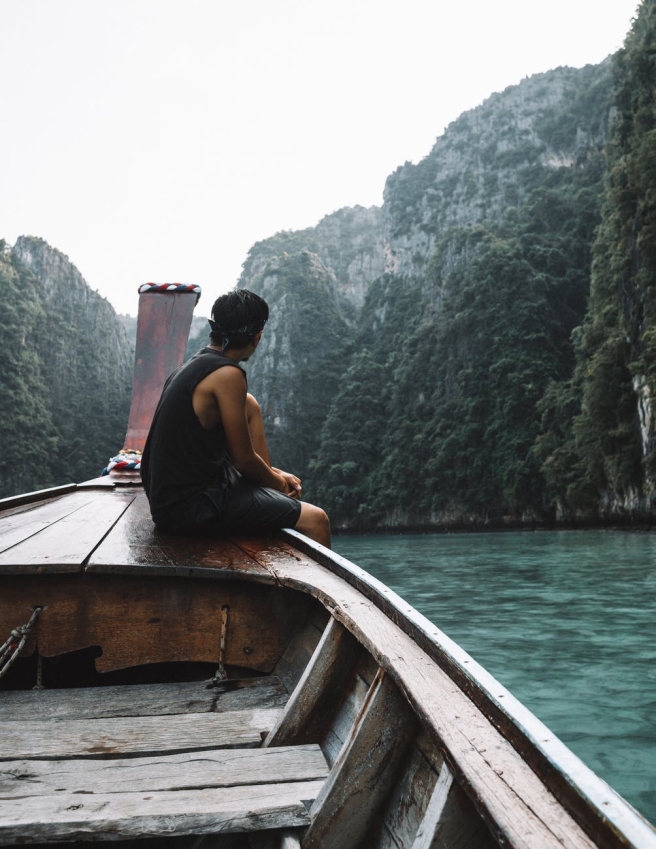